Access to open spaces is well recognised as one of the wider determinants of health, which make a key contribution to community health and wellbeing. Did you know that there are over 200 green/open spaces in the City of London? 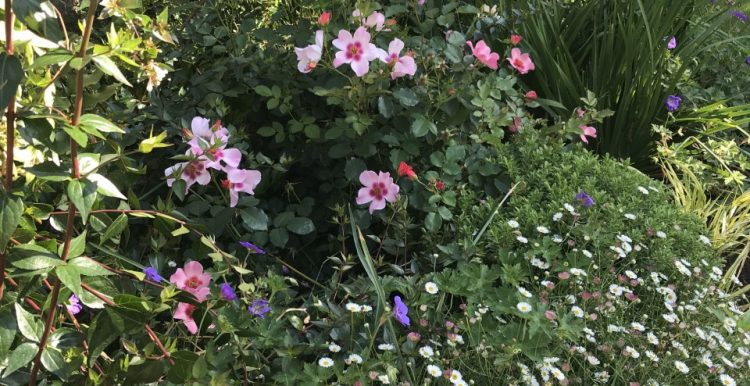 The City of London is sometimes described as a concrete jungle whereas there are dozens of parks, gardens, and leafy courtyards across the Square Mile and on its fringes. The Corporation of London estimates that the City has around 200 open spaces, some 1,700 trees and 200,000 bedding plants. Perhaps never before has there been a better time than now to enjoy these oases, when so many office workers have yet to return to the capital, and when we all need somewhere to relax, breathe in some fresh air, listen to birdsong, watch the squirrels, picnic under the trees, play with the children, or exercise, for both our physical and mental well-being.

Finsbury Circus Gardens, the Square Mile’s largest open space and London’s first public park, is reopening in August after being closed to the public for 10 years due to Crossrail works.

Regarded as one of the hidden gems of London, Postman’s Park is considered by many to be the loveliest spot in the City, with its wide variety of trees and bushes, colourful flowerbeds, and the wall of plaques each dedicated to someone who had died in heroic circumstances saving the lives of others.

A short distance from there on what was once the site of public executions is the small Smithfield Rotunda Garden,  with plenty trees, shrubs and seating, plus some keep fit equipment, while on the other side of the meat market is Charterhouse Square, now open to the public. This is a perfect spot to find some shade on a hot summer’s day, and for children to play. Another popular place for both youngsters and dogs to run around is the grassy space surrounding St James’s church in Clerkenwell, just outside the City.

Finsbury Square, on the northern edge of the Square Mile, includes a sizeable lawn, as well as a bowling green, while a few minutes walk south is the fabulous Finsbury Circus. Although the eastern side of the garden remains a Crossrail construction site, the other half provides one of the most tranquil sanctuaries in the City.

St Paul’s Cathedral is surrounded by beautiful gardens, but right across the City, churchyards offer areas of peace and quiet, from St Bartholomew the Great and St Sepulchre Without Newgate, both close to Bart’s Hospital, to St Botolph Without in Bishopsgate. This was the first churchyard in the City to be converted into a garden. There are several more, including St Bride’s off Fleet Street, and St Magnus the Martyr, overlooking the Thames. Not to be missed is Fountain Court in Foster Lane, accessed either through St Vedast church or via an adjacent narrow passage way.

Some of the loveliest gardens in the City have been planted in the grounds of church ruins, including St Dunstan-in-the-East and Christ Church Greyfriars, just north of St Paul’s. Another often overlooked green space has been created on the site of the former St Olave’s church, at the north end of Noble Street beside the usually busy London Wall and close to where Shakespeare used to have lodgings.

Many of the livery companies also have gardens that can be enjoyed by the public. One of the most delightful is the sunken  walled garden in  Gresham Street, owned by the Worshipful Company of Goldsmiths, but open to all. The newly planted gardens along St Alphage Highwalk and outside Salters’ Hall open up access to the ruins of a tower that once formed part of the 14th century Elsyng Spital hospital, located on London Wall. Nearby, the gardens in front of Barber-Surgeons Hall include the Barbers’ Physic Garden, a small area planted with medicinal herbs, as well as some ruins of the original City walls.

A huge wisteria and fuchsia bushes dominate the Victoria Street entrance to Cleary Gardens, which continue down the hill to Upper Thames Street. Nearby towards the bottom of Distaff Lane is the almost hidden entrance to a charmingly overgrown little garden planted with silver birch trees, and a wide variety of shrubs, with a statue of Icarus in the centre. A short walk to the east is the Whittington Garden, named after the iconic Lord Mayor who is buried in the adjacent St Michael Paternoster Royal church.

Behind the Guildhall is another small garden, built over the ruins of St Mary Aldermanbury church, this one dedicated to the actors John Heminge and Henry Cordell, who collected Shakespeare’s works and effectively saved them for the nation.

Often ignored by visitors heading to the Tower of London, and just outside the City boundary, is Trinity Square with its many maritime roots. Laid out in front of the Port of London Authority’s former headquarters, and Trinity House, which is still in charge of lighthouses and other navigational aids around the coast of England and Wales, this garden is a memorial to the thousands of merchant seafarers who lost their lives in two world wars.

Nearby is Portsoken Street Garden, close to HealthWatch City of London’s office.

The Thames footpath winds westwards along the north bank of the river from Tower Bridge past numerous small gardens, shrubberies, and flower beds, plus plenty of seats and benches, to the Embankment where the Inner Temple and Middle Temple include many picturesque squares and colourful gardens to explore.

Barbican residents have access to several private gardens including the Fann Street Wildlife Garden, but the Podium, with its planters, shrubberies and ponds, plus ample seating, is there for everyone. The Barbican Conservatory is now open daily, although a timed entrance must be booked.

Next to the community centre in the Golden Lane Estate is another garden, with rose trees and shrubberies, plus a small pond and fountain.

Nearby is Fortune Street Park, with its children’s play area and popular coffee kiosk.  Bunhill Fields, where Daniel Defoe, John Bunyan and William Blake are buried, is a short walk away. Adjacent to the ancient graveyard is a large grassy area with plenty space for young children to run around. Perhaps less well-known is the nearby Quaker Garden, tucked in the middle of the Whitecross Street Estate, with two magnificent plane trees.

And finally, don’t forget to look upwards. There are now roof gardens across the City, a few of which are open to the public free of charge.

The three-floor Sky Garden at the top of the Walkie Talkie, with its spectacular views across the capital, has re-opened, although a time slot needs to be booked.

However, at the time of writing, the new garden atop the 15-storey block at 120 Fenchurch Street was still closed.

This is not a complete list of green spaces in and close to the City. There are so many lovely spots where one can enjoy a little bit of nature, soak up the sunshine, or just sit back and relish being on the middle of a city that is usually so noisy and busy but which for once, and for all the wrong reasons, is able to offer some peace and refuge in these troubled times. We look forward to hearing about some of your favourite spots, including those we have failed to mention.

Our sole purpose is to understand the needs, experiences and concerns of people who use health and social care services and to speak out on their behalf. We focus on ensuring that people’s worries and concerns about current services are addressed and we work to get services right for the future. Given the current situation, we realise that many health and social care services are being delivered differently and will be so in the future. We are launching a series of surveys to gain a further understanding of your needs, views and experiences of the current, and future provision of services. Make sure your voice is heard by completing the surveys .

Survey 1: Your experience of accessing services in the current situation

Survey 2: Your experience of using the NHS 111 service

Thank you for taking the time to complete the survey.

Your views are important to us.